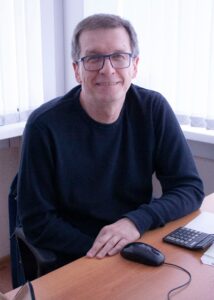 Born on January 28, 1963, in Saratov.
After school Pegasov entered the Saratov Law Institute (1980-1984).
He worked as a legal adviser at various enterprises in Saratov.
2000 – 2018, Pegasov was the founder and director of the Animation Film company “Aquarius Film”, where he was also a producer of animation and documentary films.
As a producer, Pegasov took part in setting plays of the Academy of Theater Arts (2013 and 2018).
Currently works as an executive producer at the School-studio “SHAR”.