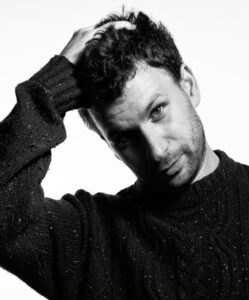 Film director, artist, screenwriter, teacher
Academician of the Academy of Cinematic Arts “Nika”
Winner of the “Nika” Award and the “Crystal Bear” Award of the Berlin International
Film festival

Born on July 5, 1982, in Moscow.
Shmelkov studied at the Moscow State University of Printing Arts (MGUP), major in book illustration in 2000-2005. In 2009, he graduated from the School-studio of Animated Films “SHAR”, specializing in “Director of Animated Films”. After training, Shmelkov shot several of his own films, which were selected for many international festivals and received prizes, including a special prize at the Berlin Film Festival in 2014, the “Nika” Award for the best animated film in 2015, etc.
Over the years, Shmelkov worked on various animation and film projects in Russia and Europe, as a director, production designer and animator. He also collaborated with publishing houses as an illustrator.

In recent years, about 10 books with his illustrations have been published. In 2015 Leonid published his first own book for children “YBA”, wherehe is an author and illustrator.
Shmelkov conducted open workshops with children and adults on animation and storytelling as a part of the Big Cartoon Festival in Moscow, Nizhny Novgorod, Irkutsk and other cities.
In 2016-2019, he studied at the Animation Faculty at the Estonian Academy of Arts to get his master degree in the Priit Pärn’s workshop.
Since 2019, Leonid has been teaching animation directing at the Higher School of Economics and the School-studio of Animated Films “SHAR”.