The Studio has created more than forty-five short author and children animation films.

Among them are the famous works of Maria Muat “He and She”, “Snowstorm”, “The Tale of the Christmas Tree”; seven almanacs for children “Green Apple”, including such acclaimed episodes as “Snowflake” by Natalia Chernysheva, “My Mom’s Airplane” by Yulia Aronova, “Sparrow Who Could Keep His Word” by Dmitry Geller, “Lucky Ticket” by Svetlana Andrianova; as well as author films “Ships Of The Years Past” by Yuri Boguslavsky, “Cuckoo” by Dina Velikovskayа, “Ties” and “Ba” by Svetlana Filippova and others.

All the films are multiple nominees for the “Nika” and “Golden Eagle” Film Award, as well as laureates of many Russian and international film festivals.

Other recognized directors and artists collaborate with the Studio, such as Dmitry Geller, Oksana Cherkasova, Marina Kurchevskaya, Natalia Chernysheva, Svetlana Andrianova, Dina Velikovskaya, Yulia Aronova.
The “Pchela” Studio considers one of its main tasks to preserve and develop puppet animation. 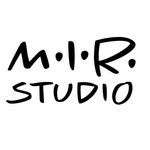