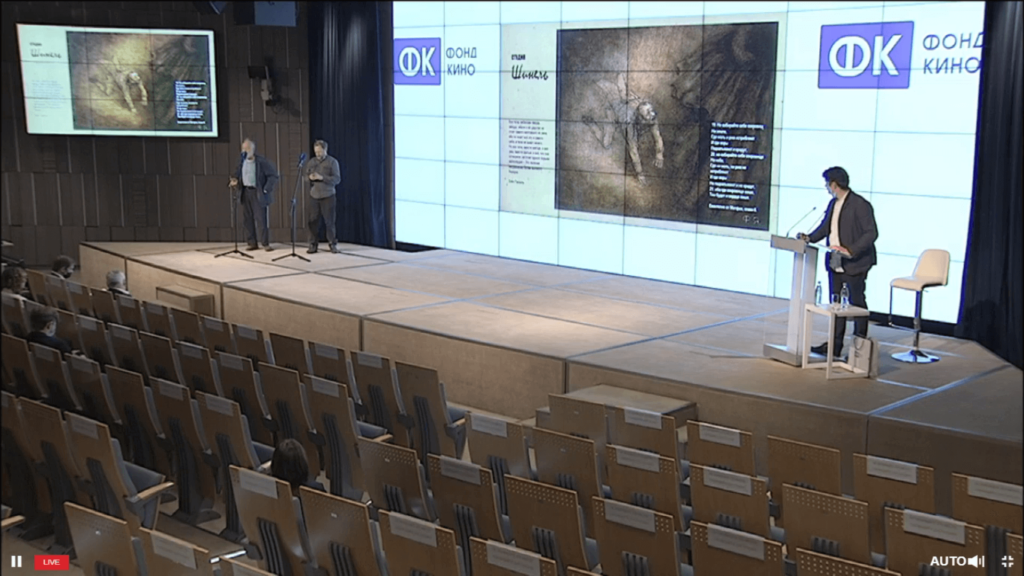 On December 1st, the Council of the Cinema Foundation approved the list of films that will receive funding based on the results of the pitch that was held on November 10th. On that day there was organized a public presentation of projects of national author animation films by leading Russian animation directors, and feature films for children and family. In total, 15 works were presented – 3 author films of domestic direction, 5 animated films and 7 full-length feature films.

According to the decision of the council, 10 films will receive the funding, as well as all the presented author animation projects:

Studio “M.I.R.” “Hotel Onegin” (director Irina Vsevolodovna Evteeva, producer Irina Rafailovna Margolina, artistic director Natalya Vyacheslavovna Orlova).
“Hotel Onegin” is a story about a foreign director who comes to Russia to understand better Pushkin’s work and he stays at a hotel called “Onegin”, where he plunges into the world of the writer’s images.

The School-studio of Animated Films “SHAR” “Through the magic crystal”, directed by Andrey Yuryevich Khrzhanovsky.
At the heart of Khrzhanovsky’s new work is the life and fate of the hero which is inseparable from the life of his country. The life of a contemporary shown through the prism of times where the events and facts will be seen closely intertwined with the images of not only the past XX century, but also the XIX century and more back in the past. The film will become the final part of the trilogy, continuing the creative work that was begun by the two previous films –“A Room and a Half” and “The Nose, or the Conspiracy of Mavericks”.

The Yuri Borisovich Norstein’s ingenious project “The Overcoat”.
Work on this film, which is based on the story by Nikolai Vasilyevich Gogol, has been going on for over 35 years.

Congratulations to all studios and directors!